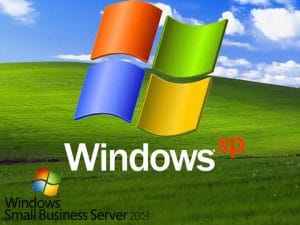 Why Should a Business Upgrade From Windows XP or 2003?

It may seem inconceivable that some businesses still use these packages in 2019, yet many still are; it’s understandable as these were good, reliable platforms. When support for Windows XP ended in 2014, it was the second most installed operating system behind Windows 7. For businesses still using Windows XP or Windows Server 2003, the time has come for them to be retired and upgraded. In a previous blog >LINK?< we discussed the benefits of upgrading to Windows 10. Here, we present the drawbacks of sticking with your old system.

Microsoft and their agents no longer support either the desktop OS Windows XP or its server equivalent Windows Server 2003, with support ending in 2014 and 2015 respectively. Technology and supporting packages have advanced significantly in that time. If any problems arise directly resulting from continued use of these operating systems, it will be difficult to find a vendor or a support package to help you deal with it. No Microsoft agents can or will help if a user contacts them with problems relating to these systems. With no more patches, any faults found in these operating systems are no longer being patched and fixed, leaving these older versions of software extremely vulnerable and any security risk or incompatibility issues will have no solutions available.

It goes without saying that security should be the top priority of any business. There are legal obligations to protecting client and customer data, especially for those operating in a B2C capacity. GDPR came into force in 2018 and the best method of compliance is updating security protocols. With no new security patches released since support ended in 2014 and 2015, that’s left over 4 years for hackers to come up with new ways to take advantage of the vulnerabilities left in these operating systems and compromise your sensitive data!

No Data, No Company

Data is the life blood of your company; imagine losing all your clients’ information, their numbers, addresses, tickets, quotes, orders and so much more! Can your business can survive such a critical loss of data?

Bigger businesses with the right structure can make changes, adapt, and throw money at the problem until it goes away, but it will reduce consumer confidence. Data breaches can affect smaller businesses even more as they may not survive the lost custom due to lost consumer confidence and the potential for large fines by the ICO. A business that sticks with an outdated package in 2019 is not only risking their data and their customer/client data, they are also risking the potential future of the business.

Compatibility is undoubtedly an issue if you are unfortunate enough to still be using XP or 2003. That’s because all the major software developers are no longer building their software with these two operating systems in mind. Google Chrome is presently the web’s most popular browser and does not support XP, Firefox stopped supporting XP in 2018 and Opera 36 is the last version compatible with XP. Even Microsoft’s own browsers no longer support XP, with the newest iteration of Internet Explorer not compatible with Windows XP and Edge only supporting Windows 10.  Other software vendors such as Sage, AutoCAD, and many more are no longer supporting Windows XP or 2003.