Essential Guide to the new iPadOS 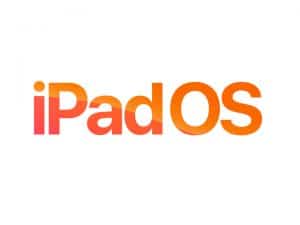 The Essential Guide to the new iPadOS

At this year’s WWDC, Apple announced a major operating system approach to the iPad. In September 2019, the new iOS13 download was released into the Apple Store; however, it was only available for the iPhone. For iPad users, a new platform became available a few days later.

It’s called iPadOS and it will revolutionise how you use your iPad.

How is the New iPadOS Different?

Driven by a desire for better user experience, developers have looked at ways of adding features rather than streamlining for mobile devices. As such, devices get more powerful and users demand more functions.

Until now, the iPad has used the standard iOS also available for the iPhone. This fundamental shift means that in future, the iPad will more closely resemble and emulate their desktop and laptop devices – the Apple Mac.

At first glance, it may seem much like iOS13, but iPadOS differs in many ways. There are some new features and changes designed to create an environment closer to the Mac in terms of functionality.

The following list is not exhaustive, but of the most requested, the most exciting, or those we feel will make the biggest impact.

If you’re concerned that all these new features and functions will put a strain on your device, Apple assures users that the new iPadOS is faster and slicker than IOS12.

iPadOS became available on the 24th September 2019 although it was Initially due for release a week later. iPad users should be able to download iPadOS at any time, however, multiple patches and updates are expected in the coming months. Apple have suggested that new features could be added along with bug fixes and security patches too.

Is Your Device Compatible?

It’s important to check whether your device is compatible as it will not work with all iPad models. It was originally feared that only the higher-end devices could run iPadOS but that is not the case. Apple has published a list of all compatible devices.

If your device is not listed, we recommend checking the Apple website. Other devices may be compatible as patches are released.

Do you need guidance or help with anything relating to your business iPad? Upgrading to the new platform or even training and guidance on best practice and use? First Stop IT is here to help with all your Apple device needs.