The Benefits of Switching to Windows 10 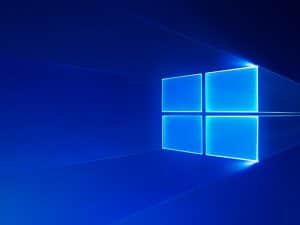 What are the Benefits of Windows 10?

It’s hard to believe that Windows 7 turns 10 years old in 2019. At the time, it was welcomed as a superior replacement to some poorly-received operating systems. Sadly, all good things must come to an end with Microsoft recently announcing the end of support for Windows 7 from 14th January 2020. This means no more updates or patches for the much-loved operating system. While this move may seem forced upon you at this time, if your business has so far resisted the upgrade, there several reasons to switch to Windows 10 sooner rather than later.

If security is the main reason why your business has stuck with Windows 7 for so long, then you are probably not aware of the superb tools available on Windows 10. It’s the most secure Windows operating system yet and one feature that 10 has that 7 lacks is Secure Boot. This replaces the system BIOS. Whereas older BIOS systems would run anything, Secure Boot on Windows 10 requires a certification signed by both the manufacturer and by Microsoft.

Note: The second two options are not currently available on all devices.

At the time of its release, Windows 7 received critical acclaim for its new format and features. This, along with the largely negative feelings towards Windows 8, led to many users simply refusing to upgrade to Windows 10. However, customer satisfaction for Windows 10 has always been positive and has never been higher. Striking the balance between mobile connectivity and desktop users, and updating older features for simplicity, are just two of the reasons Windows 10 is so universally well-regarded.

Windows 10 is expected to be the last official release of a new Windows package. The whole system of upgrading an operating system has now changed. In future, all releases will simply build on the Windows 10 platform and offer all upgrades to all users with a Windows 10 license without extra cost. This is a fundamental shift in how Microsoft does business, moving to a largely SaaS model for all users.

The cessation of support for Windows 7 also means losing support for older versions of Office. It’s already been announced that Windows 7 and Microsoft Office 2019 will not be compatible. Lost features, technology, and support means lost productivity for employees and the enterprise in general.

Windows 10 comes with some fantastic new features beneficial to enterprises of all sizes. Here’s a small selection of notable features:

Windows 7 support ends less than a year from now. There is no better time for your business to start using Windows 10 and benefit from all its amazing features.